«Painting has been everything for me». With this sentence Antonio Squicciarini reveals his emotion and enthusiasm for a very important artistic goal: 50 years of dreams is the title of the exhibition that the Hangaram Arts Center Museum – the most important museum in South Corea – will dedicate to the artist from 12 to 20 December 2020. «This is not my first experience in Seoul – Squicciarini tells us – in fact in 2008 my work was on display and from 2020 a permanent hall will be devoted to me. This exhibition room will be called Gallery Antonio. This is an indescribable emotion of which I am deeply proud: I am the first Italian artist  to receive this recognition. But this joy is also bitter when I think to my origins: my city, Bari, does not appreciate me at all although my beginning as a painter was in Puglia».

His consciousness is full of colours, characters, loves, dreams, visions, masks. Not by chance he had worked as costume designer’s assistant of Danilo Donati for the movie Ginger e Fred directed by Federico Fellini.

«I was fond of painting since my childhood, so I have painted what I could not say. In the boarding school of Cassano Murge (Ba) where I passed all my childhood, I found my artistic talent: I devoured my drawing sheets because I needed to express my need of love. I had lived away from my family for so long that my prayers were suggested by my soul as a restless and tormented child. I began to describe with the colors all that I appealed with and that gave me a sense of peace and freedom. My talent was able to loose me from the lack of affection inside me and I began to go beyond, representing the content of my paintings with poetry».

If you ask him about his first meeting with his audience, Squicciarini tenderly mentions both his father and the burning fire of his youthful gesture of rebellion: «I was thirteen and my father organized an exhibition at Circolo della Vela and then at the Sporting Club (the premises of Teatro Margherita). When I was very young I moved to Milan, then to Rome and then later to Paris for the reason that during those years Bari didn’t appreciate young artists, and thought they were affected by “provincialism”. So I attempted a sensational gesture to catch city’s eye on the conditions of youth artists of Bari who were ignored and marginalized by “authorized personnel”, on the contrary interested in the great painters of both Italian and stranger landscape and in 1984 I burned fifty-six of my paintings on the wall of the Castello Svevo in Bari. People gathered together to listen to me when I was talking about my explanations and I had to put up with consequences of my “gesture of rebellion”. The local press at that time didn’t give news and no one among young artists joined me. Clearly, they accepted their condition of “hobby artist” and I became famous outside my city: I was guest in  TV show and I received a lot of letters of support. My father couldn’t help me, so I decided to  make use of my gift and I started working around Milan neighborhood to keep studying at Accademia di Brera. I worked as sidewalk portrait artist and I was able to earn so much money that I could even send some to my family. In summer I went to Rimini to work at the beaches as far as Riccione. Under the beach umbrella I have portrayed a lot of family. Milan had adopted me and had loved me. For example, I remember that Libreria Cortina purchased and exhibited my paintings. Bari is a city full of culture and creative young people but they need to be encouraged, to be helped to reach their happiness and to understand the importance of dialogue. Bari offers great chances but needs adequate policy».

Bari is both pain and sign of love for Squicciarini: is it true the unpleasant  motto “nemo propheta in patria sua”? This is the epitaph of a Country that is not able to recognize genuine talent and is distracted from obscure reasons.

Yet, Squicciarini is an Italian pride: just nineteen he took part in the collective I maestri del colore in Zurig (his first international experience). In 1978 his paintings reached Frankfurt, in 1979 Cannes then Majorca, Heeswijk, Amsterdam, Pittsburg, New York. With Bruno Cassinari,  his master for three years, he came near to sculpture. In Milan, he attended the Accademia di Brera and he frequented the ateliers of the greatest contemporary artists such as Ernesto Treccani and Domenico Purificato and here, with some young artists, he founded the Nuovo Realismo. In this period, he organized exhibitions in nightclubs so he became the “painter of the night”.

After the aside of Cinecittà, Squicciarini followed the precious invitation of Fellini and met Marc Chagall in Saint Paul de Vence. During the years, his paintings have circulated in Europe and in America: the gallerist Mary Boone saw to a Squicciarini’s solo show in New York. Then, since 2016 Squicciarini has been acclaimed in China, Japan, Corea. Seoul welcomes him in his prestigious Arts Caenter Hangaram Art Museum.

«The artist is a pure man. We are all Artists as long as we keep the child we have inside and we become men and women by cultivating our creativity. I think that talent is not hidden in TV shows! It is necessary to experience the suffering of building one’s life, that is made of tears and blood and love. Life is like a starless sky if we don’t have love. You have to put love in everything you do. We must apply it to any profession, otherwise everything is lost. The Coreans immediately understood the strength of this love that was born with me: that five-year-old boy has grown up, of course, but I have always looked for a space for solitude. I am interested in getting in an unexplored world. In this world there is something beyond daily logic: a free and unconscious madness, like that of the fool, that is very dear to me because it represents what is behind our daily actions… and behind these actions lies our image of children: purity and irony. The fool is our most authentic portrait». 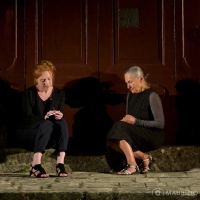 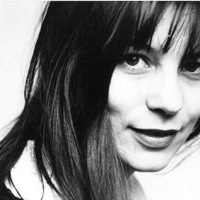